“Europe and digital sovereignty: loves me, loves me not…” 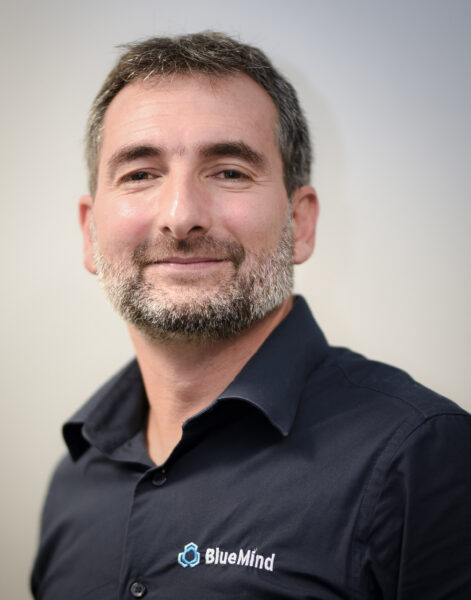 Digital sovereignty isn’t about blindly putting anything labelled “made in Europe” first. Contrary to popular belief, big tech companies aren’t an issue because they’re American but because they’re too powerful. They use their dominant position to impose their rules, their terms and their laws. Digital sovereignty – or independence – is about being able to choose and act without pressure or constraints.

Governments and major organisations across Europe advocate digital sovereignty, but if they’re to be believed, there are no local solutions that would enable them to put it into practice. This big lie may be attributed to intellectual laziness but also – and perhaps most significantly – to intense lobbying by big tech companies with near-unlimited resources.

Saying that there are no sovereign alternatives on the Old Continent is simply untrue. The current situation is more accurately the result of short-term choices and a certain amount of indifference or acceptance IT decision makers, countries or major companies talk themselves into.

For sovereignty to be truly taken on board, we need a bona fide digital industrial strategy rather than quick fixes that prolong the status quo with a vague hint of sovereignty.

Open source: a solution, not a problem

Although software publishers are responsible for 90% of open-source software development, their role is underappreciated and all too often denied for ideological reasons, including by open source fundamentalists.

Potential clients merely view open source as a way of reducing costs while breaking free from proprietary publishers they feel trapped by. On the other hand, governments and some perhaps overly dogmatic advocates may support open source but often restrict it to their own projects. They may even anxiously insist on developing or cobbling together their own solutions, including for non-core or non-specific needs arguing that open source is all about service.

None of this works! And everyone laments that there are no credible open-source alternatives!

Unfortunately, what typically happens is that people’s legitimate aversion towards major publishers and their monopolistic or even outrageous commercial practices grows into an all-round aversion of software publishers as a whole who are viewed as business parasites.

What this all boils down to is simple. There are businesses that meet the technical, functional and ecosystem compatibility requirements needed to develop solid, long-term and quality solutions: they’re software publishers.

Software solution development isn’t based on providing a series of services or support. The result is always the same! It always comes back to the same denial of software publishers’ contribution and not understanding what their role is in building software solutions. Developing new features is just the tip of the iceberg.

Being a software publisher isn’t something you improvise. It involves long-term commitments, effective business governance, sound development, quality and maintenance capabilities, having a vision, being able to anticipate, and having an entire organisation that responds to the demands and needs of clients and partners who want a solution! And a solution isn’t source code… It’s a reliable, supported, quality product people like with a reasonable, transparent cost.

Working with an open-source publisher rather than trying and circumventing them will maximise your chances to succeed, to have a better solution, to ensure software continuity and to enjoy first-class skills while saving money and promoting the open-source philosophy, which everyone will ultimately benefit from.

Whether they are a company, a non-profit organisation or a foundation, software publishers are the champions of the future of open-source solutions.

A little light at the end of this cutthroat tunnel

This lack of vision or government will must be addressed quickly, but all hope isn’t lost:

Software publishers are here. Solutions, including open-source ones, exist. All that’s left to do is to turn rhetoric into action and embrace them.

BlueMind wishes you all a happy holiday season and a wonderful year 2023!

The blog
All the news of BlueMind, the next-gen of open source collaborative messaging and its ecosystem.
BlueMind is recruiting
Do you want to contribute your skills and participate in an innovative open source project?
The ecosystem

You can find out more about which cookies we are using or switch them off in settings.

This website uses cookies so that we can provide you with the best user experience possible. Cookie information is stored in your browser and performs functions such as recognising you when you return to our website and helping our team to understand which sections of the website you find most interesting and useful.

Strictly Necessary Cookie should be enabled at all times so that we can save your preferences for cookie settings.

If you disable this cookie, we will not be able to save your preferences. This means that every time you visit this website you will need to enable or disable cookies again.